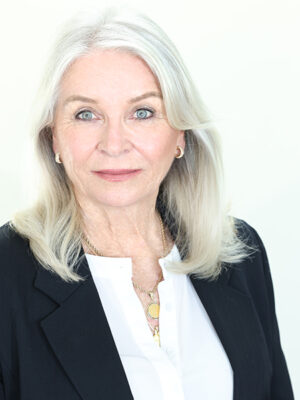 Since its inception, the generosity of the Woman’s Club of Hermosa Beach’s members has helped myriad nonprofits and other organizations in its 100-year history.

That history will be celebrated at 5 p.m. Thursday, March 24, at the Hermosa Beach Historical Society and Museum.

The Woman’s Club of Hermosa Beach has more than 100 members, according to current President Nancy Wloch, who said she joined the club around 2014. The club’s membership year runs from September to June, so the organization is still in its centennial.

Events such as a traditional pancake breakfast held in October 2019, before the pandemic, help fund the nonprofit’s activities and get dispersed to various charities, Wloch said.

“During COVID, we also donated money to food pantries in the South Bay,” Wloch said. “We are looking forward to having our fundraisers again, but I’m proud to say that during COVID, we were able to support all of the charities that we have supported in the past.”

Some of the group’s members have been active for decades.

Yvonne Amarillas, who joined in 1985, is one of the club’s most tenured members. She joined the Woman’s Club because her husband became a Kiwanis Club member, which then was only open to men.

“We did not have children,” Amarillas said, “and we wanted to be involved with the community.”

Amarillas started the “Evening Committee” of the club in 1988 with friends for those women who could not attend meetings during the workday.

History of the club

Frances Rice founded the Woman’s Club Organization in 1921, only a year after women received the right to vote when the 19th Amendment was ratified.

The same year it was founded, the group was approved as a member of the Los Angeles District Federation of Women’s Clubs; in early 1922, it became a member of the state organization, according to a history of the club in its recent yearbook, which cites Janice Brittain, a local resident, as its primary writer.

From its early days, acquiring and selling property was an important source of revenue for the Woman’s Club, according to the club’s history document.

The first property was “a lot far from the center of town,” which was donated to the club and subsequently raffled off for $750.

The club then used those funds to remodel and relocate a house from the Strand to the 17th Street. That house served as the clubhouse for the group until 1961.

The club sold that property and then purchased land near Prospect Avenue and Artesia Boulevard. That land was sold in 1988. The interest on proceeds from that land continues funding philanthropies today, according to the history.

Over the years, the nonprofit has lent volunteers to various causes.

During World War II, for example, Woman’s Club members volunteered as spotters to look out for enemy activity along the coast, according to the history.

But helping charities is the club’s main mission.

Some of its recent ventures include sponsoring scholarships for local high school students and raising funds for organizations such as Adrienne’s Search for Children’s Cancer Cure, which helps support various other cancer-related charities.

Strand Hill is committed to providing an accessible website. If you have difficulty accessing content, have difficulty viewing a file on the website, or notice any accessibility problems, please contact us at marketing@strandhill.com or +01 310.545.0707 to specify the nature of the accessibility issue and any assistive technology you use. We strive to provide the content you need in the format you require.

All information subject to change. All imagery is representational and does not depict specific building, views or future architectural, community or amenity details. All services, pricing, square footage and bed/bath counts subject to change. Not an offer or solicitation to sell real property.